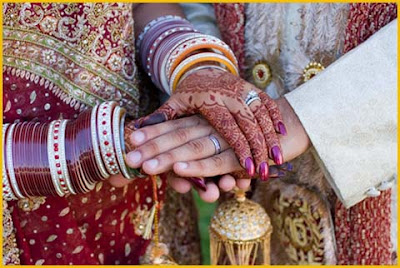 It is obvious that there is nothing fundamentally wrong in the arrangement of marriage, but it is only the attitude of people towards the time-tested bondage that has created problems to the institution.

In countries like India, unlike the western society, marriages continue to hold the traditional reverence and despite the onslaught of globalization and the resulting cross currents of cultural invasions, marriages are far more successful in India and divorce rates are far fewer than in any other developed country.

We can definitely take some clues from the Indian culture on how to ensure a lasting marital relationship. Be forewarned that some of the ideas discussed here may look archaic and unpalatable to feminists in particular.

1. The woman's primary role as a mother and a home maker
Indian culture has had its ups and downs in its vast history on the status of a woman (right from child marriage, sati, denial of education etc, to the present level of giving equal opportunities to women in education, employment, national governance, police and even in armed forces). But, even today, in the mindsets of people including a vast majority of educated and career oriented women, the woman's primary and most respected role is motherhood and her predominant role in society is as a protector and nurturer of the household and family relationships.

Parents, grandparents, in-laws, uncles, aunts, cousins, nephews and nieces -- the Indian culture revolves around relationships rather than friendships. A woman acts as the binding force between all the individuals related to the family. So, in India, it is said that when a man marries, he just marries a woman, whereas a woman marries a family.

A woman, even if she is looked at as a sex object before marriage, transforms to a venerable mother once she gets married and bears a child. Even in today's transformed culture of nucleus families where selfishness is gradually becoming a virtue, the Indian society gives the greatest respect to a married woman who never breaks families and who ensures cordial relationship with all her in-laws and other relatives.

When it comes to ensuring cordiality of relationship and welfare of children, lots of Indian women still opt to become stay-at-home moms, giving top-most priority to home rather than their careers.

2. Getting married at the most appropriate age
Even though man and woman attain majority at the age of 18, in well educated and cultured families in India, the woman gets married above 20 years and the man, above 25 years. It is at this age that both men and woman understand the institution of marriage better and are mature enough to face the challenges of running a family.

3. Ensuring adequate age difference between husband and wife
As most of the marriages in India are still arranged marriages, parents generally look for an age difference of 3 to 6 years, the boy obviously being elder. In some stray cases, age differences of even 8 to 10 years too are accepted. There is a very sound logic in this preference.

A girl attains puberty at about 12 to 14 years whereas a boy attains it at 14 to 17 years of age. There is a proportionate difference in their mental maturities too. Qualities like judging people, sense of responsibility towards one's own life and that of those dependent on oneself, firming up of clear ideas about one's needs, wants, ambitions etc are reasonably well developed in a woman at about 21 years.

On the other hand, a man of equal age is far more boyish, carefree and is afraid of getting into commitments and taking up responsibility. An unbridled life of freedom looks to be far more attractive to a man at that age. A man gets to grasp the importance and the responsibilities of a disciplined married life mostly above the age of 26.

Thus when a woman of 21 marries a man 4 to 5 years elder to her, the mental maturity level between them fairly matches and they will be in a better position to adjust with each other.

Fundamentally, a man, deservedly or undeservedly expects his wife to treat him as more than an equal partner. When a decent age difference exists, the woman tends to show him more respect than if he were to be of equal age to her. This psychological nuance helps in a significant way in bringing cordiality in relationship.

A woman attains menopause anywhere between her 45th to 50th age. After menopause, women drastically lose interest in sex. On the other hand, a man's sexually virile age may extend even up to his 60 years of age. Man at around  40th of age tends to get a revived vigour in sexual cravings and a co-operative, young and a willing partner at home helps in preventing him from going astray.

4. Ensuring cultural compatibility
Basic human tendency is to feel comfortable and be at ease with people of their own religion, language, clan, color, sect/ sub-sect, food habits, cultural practices etc. In India, this comes through the caste system. Mostly parents insist on getting their children married within their castes or with sub-sects compatible to each other.

In India, religion plays a very powerful role in everyday life. Love marriages, cutting across religious, cultural and caste barriers do not mostly succeed in India. Even highly educated people who consider themselves modern, have their sentiments deeply attached such things, even though they may deny it outwardly.

Since family relationship is a predominant factor in social relationships, arranged marriages, with a large parental influence and with due concurrence with the man and woman to be wedded, are highly successful in India when compared to love marriages where families have been sidelined. 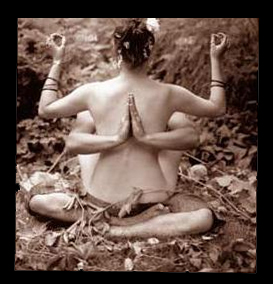 5. Ensuring chastity of the man and woman
In Indian culture, chastity of man and woman before marriage is considered very important and sacred. Even in today's highly loosened morality aided and abetted by the onslaught of globalization and westernization, a vast majority of marriages in India do take place between chaste men and women. And that's one of the reasons why Indian culture and family structure remains intact across centuries.

6. Ensuring compatibility of horoscopes
In many Indian social segments, marriages are arranged after checking the compatibility of the horoscopes of the man and woman under wedlock. There is an increased resistance from younger generation to this practice; but let's see the reality. Marital failures do happen, whether arranged marriages or love marriages. But since a vast majority of arranged marriages, done by checking the compatibility of horoscopes, is able to remain intact, despite skirmishes and petty fights between husbands and wives, there is lot of scope in believing that this age old practice does have validity.

7. Developing lifelong commitment to marriage
In India, marriage is considered a sacred relationship, meant for lifelong togetherness. No marriage is ever experimented with an idea like "if something does not work out, we shall get separated without any qualms and look for an alternative relationship".

Again, in line with global trend in India too, utter selfishness, excessive egotism and high degree of impatience have started playing havoc in several marriages. But if you consider a vast majority again, the commitment to the sanctity of marriage is very strong.

8. Giving top most priority to the well-being of the children
Despite the burgeoning population, Indian's love for children is very strong. The arrival of a baby in the family is always a celebration that brings disgruntled people together. A baby cures several wounds in marital disharmony. Parents not Seeing Eye to eye with each other continue to live together in marital bond, purely for the sake of happiness and well being of the children. And wonderfully, this singular decision brings back fresh lease of life to the dying marital relationship in many cases.

The Indian society, despite the presence of a large number of well educated and independent-thinking women in the society, still does not treat a divorcee too gently. A divorced woman, rightly or wrongly, is somehow looked down upon as someone who is has not learned the art of adjustment, and give-and-take so essential in marriage. A divorcee getting re-married is still an uphill task, though changes are coming in this aspect gradually in Indian society.

To conclude...
The cultural glory of a country or a society is very strongly linked to the stability of marriages and relationships. A stable marriage ensures a cultured upbringing of children; Stable marriage is an indicator of peace, tolerance, harmony, unselfishness and stability in the society. Indians may still be economically backward when compared to people in western countries but, Indian culture has got certain very precious and noble things to showcase to the outer world. The Indian marriage institution is one of them. 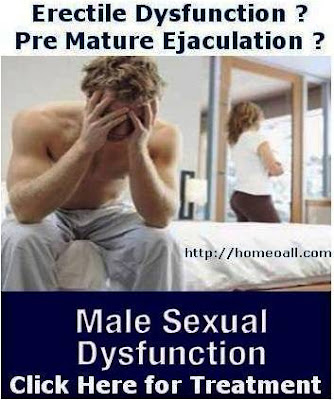 Posted by Dr.SenthilKumar.D at 4:55 PM